Queen Mary University of London (QMUL) has been a member of the GridPP Collaboration since its inception in 2001, both as a resource provider and with its staff playing a major part in the project’s history. Currently Professor Steve Lloyd is the Chair of the Collaboration Board and the Tier-2 Board. 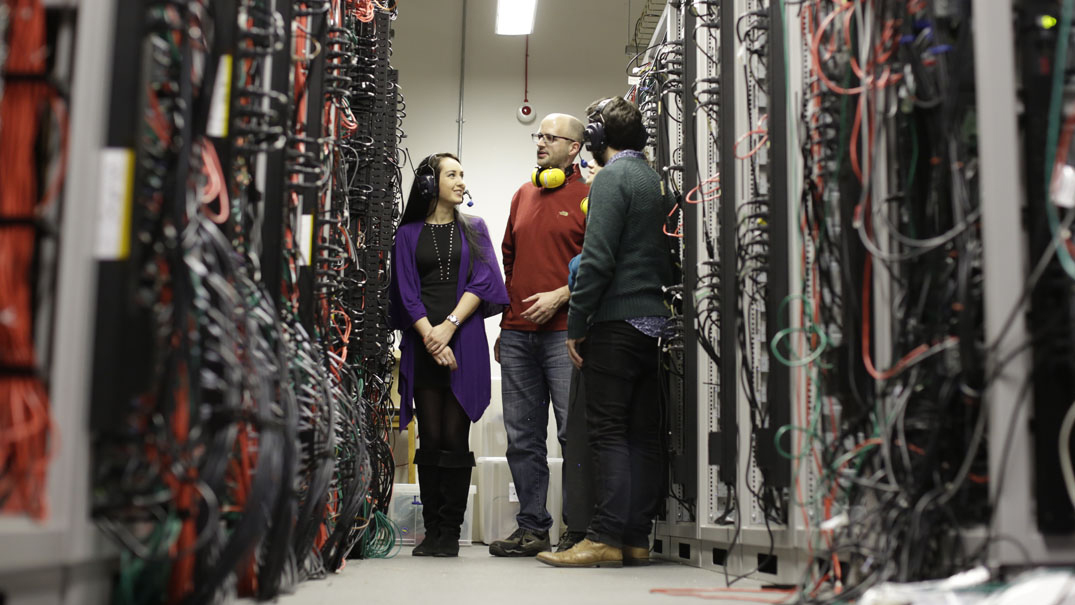 As a resource provider, QMUL hosts one of GridPP’s largest computer clusters and is part of the London Tier-2 Centre. The facility at QMUL is managed by Dan Traynor and Terry Froy. The High Throughput Cluster (HTC) comprises approximately 420 machines with 3,600 CPU cores. Around 3 Petabytes of data storage space is provided by the site’s Lustre parallel file system, as used by over half of the world’s most powerful supercomputers.